Get ready to Lift-Off!

So, you’re all set to take your first steps to seamless and joyful business growth? Great choice! By signing up to our Lift-Off programme you’re joining many others who have found the freedom to evolve and break exciting new ground with their business.

The art of corporate responsibility

An interview with Jacquie Irvine 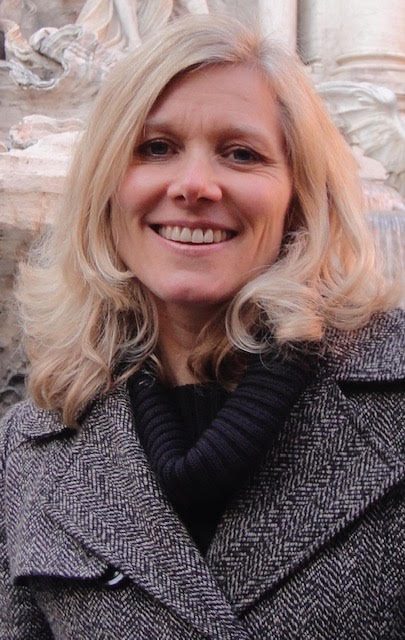 Jacquie Irvine knows exactly what it takes to look good in business. And no, we’re not just talking about sharp suits. The Scottish-born educated businesswoman and co-founder of Good Values – a consultancy that works with clients across the world to improve their corporate social responsibility and sustainability practices and credentials – has been working in brand identity since leaving Aberdeen University, with a degree in law and a postgraduate qualification in business.

She cut her corporate teeth at FMCG giant Proctor and Gamble, who she was with for twelve years, rising from its graduate scheme to Marketing Director. In the early noughties, having learnt the ropes from a market leader and with two young sons to consider, she decided it was time to go it alone and left to set up her first consultancy, The Brand Kitchen.

“It was basically just me,” she explains. “I was doing the marketing and business strategy for a whole range of companies and I worked with clients from small start-ups like a head lice brand to an international drinks company and a national telecoms company.”

Further projects involved helping to launch a children’s natural first aid brand, Dr Greenfingers – a joint venture with organics specialist Weleda and WhatIf agency – before joining former P&G co-worker and future business partner, Paul Gillespie, on a project for Cancer Research UK. It gave the pair vital experience in what it takes to boost a charitable brand in the business world as well as insight into how they could collaborate going forward.

“It was 2006 and Cancer Research UK wanted our help in getting the whole organisation to live the brand. This included giving training courses to various departments – not just marketing or fundraising – on how to promote the brand in their work practices and all their communication. This evolved into Paul and I thinking we could work together. I’d seen how he worked. He’s a great person and has the right values and we had complimentary skills. He had more of a sales background and had worked with a lot of charities. I had more business strategy, brand and comms experience.”

Based on Jacquie’s belief that corporates could benefit from a charitable partnership and not just the charity itself – and long before ESG (Environmental Social Governance) and CR (Corporate Responsibility) became buzzwords – Good Values’ mantra of ‘Companies operating on good values will gain in value and deliver value’ was born.

“I always felt that it was not just about philanthropy,” she says. “Of course, giving money to a charity is nice, but if the corporate also benefited then they would be committed to that partnership for longer. If it was only about philanthropy, and budgets were tight, charity donations could be cut. However, if it could be proven that the partnership with the charity was also beneficial to the company. This could be through improved staff engagement – being proud of their employer, being more loyal, or attracting new hires – and customers feeling good about the brands they were buying from. Then companies would invest more into the charities they’re supporting. This is what’s known as a win/win; if companies are recognised for doing socially responsible things, it helps their long-term business proposition and I wanted to bring this to our clients.”

Jacquie and Paul helped find this elusive win/win for some big hitters, including TK Maxx, Marks & Spencer (with Breakthrough Breast Cancer) and insurance broker, Aviva, which proved to be one of Jacquie’s most rewarding experiences in business.

“When you work really hard, it’s nice to feel that you’re making an impact and I love it when I’m making an impact to the business and the social cause as well. With Aviva, we helped them create the Street to School programme, which helped get street children off the street and into education. Street to School helped Aviva demonstrate their brand and company values and was an extension of how they worked with their employees and their customers and what it did in the community in a global way. The programme made a real step change in how street children were viewed.”

“We worked with Aviva for over five years and you could see the progress. They were a great client because they really believed in it. They weren’t just paying lip service to it, they genuinely wanted to make that difference to street children and took some brave decisions – and they saw business benefits from the programme.

“Some clients aren’t quite so brave and that can be down partly to company culture as well as the individuals in the team that you’re working with. I’m afraid that if I thought someone was just doing it to pay lip service, to tick the box, I wouldn’t work with them.”

Profit is not a dirty word

While engaging in ESG and CR can give a warm fuzzy feeling to both companies and customers, as well as attracting – and keeping – a motivated and productive talent pool, there’s no doubt that profit still plays a part.

“Of course, companies have to make a profit because if they don’t, they won’t be around and the people they employ won’t have jobs and there’s a social consequence to that. But it’s all about balance – yes, make a profit, but not at the expense of some stakeholders. Companies who are pursuing CR properly will be thinking about their employees, their customers, the community where their factory is, where they’re selling, how they’re selling, their supply chains, local government. Communicating and reporting transparently are key and what the public wants. It’s not just about the purpose of the company, it’s also about engaging your key stakeholders and being transparent in your reporting.”

Do more, or get left behind

These days, companies of all sizes are looking at how they can operate more responsibly and do good for the planet, society and their bottom line.

“Some people are later to the party than others,” says Jacquie. “But I think now everyone recognises that it can have a positive effect. Companies that were doing it way back when, like Anita Roddick with the Body Shop or Patagonia, were seen as a bit niche. But recently, there’s been a lot more focus on corporate governance, there’s more government legislation, and the aim to go net zero. Any company of a reasonable size has to evolve to give back. They recognise that if they don’t do more, they will be left behind.

“Anyone with a social media profile now wants their customers to know about them and their story,” she continues. “Many customers want to feel engaged with the brand they buy – it says something about you as a person. They want to know that they’re forming an attachment to a brand that is trying to do the right thing.”

How do you eat an elephant?

And on that note, what advice would Jacquie give to female entrepreneurs going it alone?

“Start with the end in mind – what does success look like for you? Where do you think your idea can get to? Set the vision…the destination and break it down into bite-sized chunks, so it doesn’t become something insurmountable. And then you’ll know you’re making progress and it will build your confidence to do more and keep going.”

Julie, founder of Wyseminds, talks about purpose and purpose-led, and how to make it matter.

Purpose is your quick release cord

Here Wyseminds’ behavioural psychologist, Henk Jansen explains that finding purpose in what you do can be like a quick release cord - opening up unknown opportunities, freedom and joy.

Reuse, recycle, repair – how decluttering your business can work wonders

Inspired by Japanese ‘organisational consultant’ Marie Kondo, Julie unpacks the theory behind her approach putting it into the context of your company as it is now and what you might want to take with you to grow forward.

The Power of Partnerships: an interview with Doug Perkins

The Power of Partnerships | Part 2: Doug Perkins brings us in on the secrets behind finding, forming and maintaining perfect business partnerships and how it all came to life for him as the co-founder of Specsavers Optical Group.